Loimaan Kivi was founded in 1921. An ambulatory stonemason, Antti Palin (1885–1963) made the decision to start a stoneworks named after himself (Antti Palin Loimaan Kiviveistämö) in the town of Loimaa. Ever since then, the clay-filled region of Loimaa has also been known for its highly skilled stoneworkers. Antti Palin led the company he founded for 37 years. 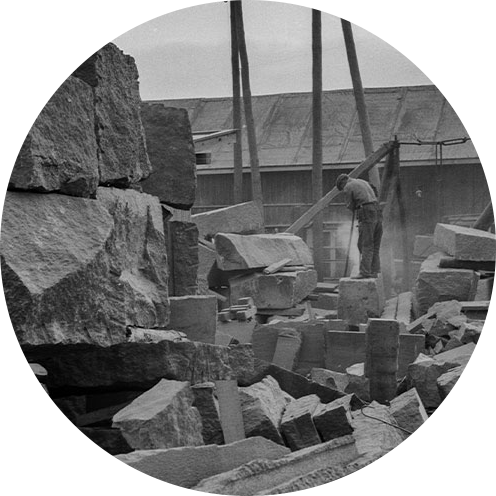 THE TIME OF MECHANIZATION

When Antti’s sons, Reino and Martti Palin, took over in 1958, they quickly started modernizing the company. In the 1950’s, the stone industry in Finland was facing great changes. It was a time of rapid mechanization, development and growth. Reino Palin was one of the pioneers of the mechanization of the stone industry in Finland, while Martti Palin was a skilled networking and sales expert. An ever-increasing amount of collaboration helped the company grow, and the production diversified from headstones and construction stones to stones used for interior decoration and sculptures.

Loimaan Kiviveistämö, founded by Antti Palin, has grown into an important player in the stone industry at the point when the third generation took over in 1989, when Reino Palin’s son Heikki Palin was appointed CEO. 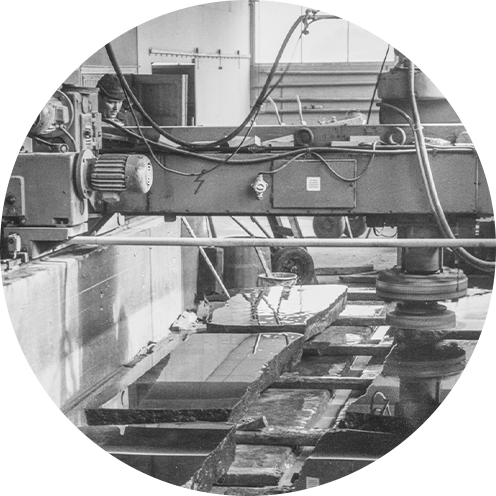 In 2011, the 90-year-old company had a change of owners. The Palin family decided to step away from the stone refining industry, and sold Loimaan Kivi to Mikko Paljakka, then an employee at the company.

Before becoming an entrepreneur, Paljakka had already made a long career at the company. A short period as an intern in 1991 was the first time the young boy was in touch with the stone industry. After that, every summer when not studying was spent at Loimaan Kivi. His summer jobs included the installing of headstones as well as cutting, sanding and finishing stone at the factory. “Pack yourself a big lunch for tomorrow, boy, at four in the morning you’re coming to help install a sculpture on the yard of the University of Kuopio”, Reino Palin told him after just a few days at his summer job. During these summers he learned from stone industry professionals with years or decades of experience working in the company.

Paljakka who finished his studies as an industrial engineer in 1999 was hired as Loimaan Kivi’s production manager on a permanent basis. His title changed from production manager to sales manager and factory manager before he became an entrepreneur.

”I’ve walked this rocky road with steady steps, always towards something new. I look back with gratitude at the privilege I’ve had of experiencing the industry from so many different perspectives. Now and in the future, I want to see Loimaan Kivi keep growing, so that we also in the future can create everlasting things out of Finnish granite. I look to the future with trust”

Read more about the present day »

Mikko Paljakka owns Loimaan Kivi together with Länsi-Suomen Pääomarahasto. Our network of outlets consists of 12 of our own stores in the south of Finland. Our factory is in Loimaa. Loimaan Kivi currently has 82 employees.

In 2014 Loimaan Kivi Oy made the largest investment in its history when it acquired Suomen Kivivalmiste Oy, based in Korpilahti and Viitasaari. This buyout cemented the company’s position in the natural stone market. Aside from the stone refinement business, the acquisition also included four quarries in the middle of Finland. 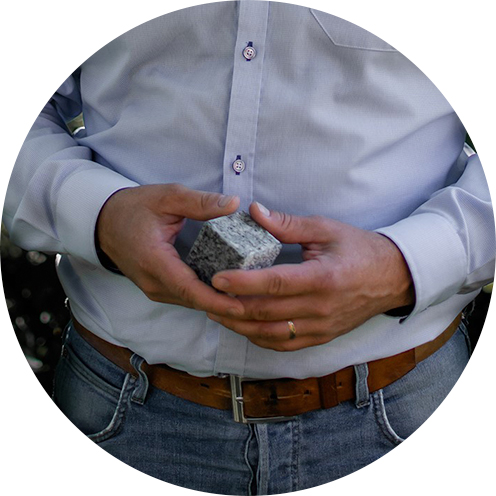 Loimaan Kivi has always been a trailblazer within the stone refinement industry during our entire hundred-year history, and that we intend to be in the future as well. We are the largest player within the industry of hard stone refinement in the Nordics. We are strong proponents of Finnish stone and very proud of our raw material. Being Finnish is a point of pride to us.

Our clients can expect honest and respectful service. Every product we ship is finished and fulfils Loimaan Kivi’s quality goals. Every commission and every client are as important to us as the material, which we have the utmost respect for.

Our competent personnel are always learning new things as the industry changes. We focus on product development and the latest technologies in the industry. At the same time, we also want to foster traditions and traditional work methods. We appreciate the craft.

We wish to help build a sustainable, ecological and ethical world. “Stone lasts forever”, as we say.

Loimaan Kivi’s story continues, still with a strong foundation in the values of the founding family business. 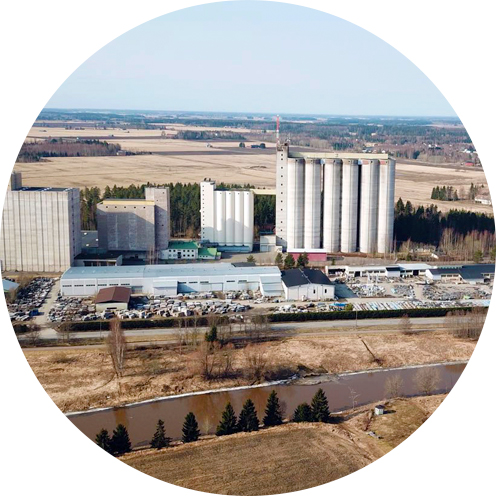 Get e-mails about recent events, new products and special offers!